Elaine shown as an elite Fairy warrior who held the duty of the Fountain of Youth's Holy Maiden and also is the younger sister of the current Fairy King, Harlequin. Though she was killed by a demon after giving up the fountain to Ban, Elaine later temporarily resurrected by Melascula and has died a second time after fighting the Demon Clan in the new Holy War. The Seven Deadly Sins cursor pack with fanart Elaine anime cursor. 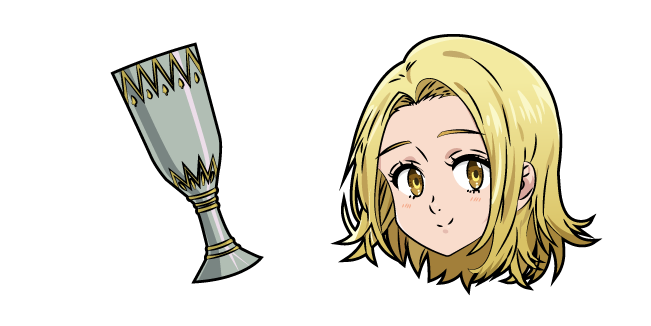