Helbram was the closest friend of Fairy King Harlequin for a long time, but after being corrupted and turned against his friend, Helbram was affiliated with the Holy Knights under a human appearance. Totally, he has three forms among which are Fairy for, human, and Love♡Helm. In his fairy form, he has green hair and pointy ears like all fairies. The Seven Deadly Sins cursor pack with Helbram fanart anime pointer. 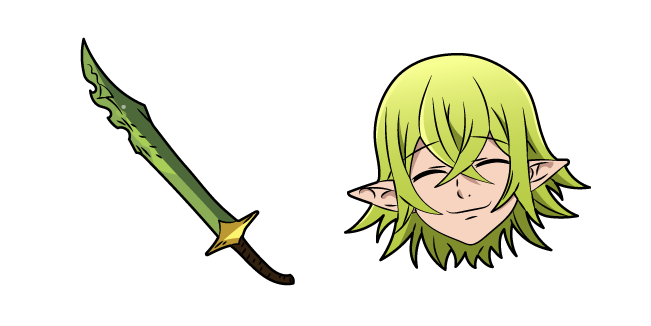