This is a cute character from the Gudetama cartoons created by the Japanese company Sanrio. This is a very lazy egg with pretty small eyes which say that he doesn't want to go anywhere and do anything. But even on such a mystical holiday like Halloween, Gudetama was not too lazy to dress up and put on an eggshell that looks like Jack's pumpkin. Only instead of Trick or Treat, cute Gudetama will ask the neighbors for Trick or Soy Sauce, and if he wasn't lazy, he would have treated us to soy sauce too. Halloween cute Sanrio cursor for a mouse with lazy Gudetama Trick or Soy Sauce! 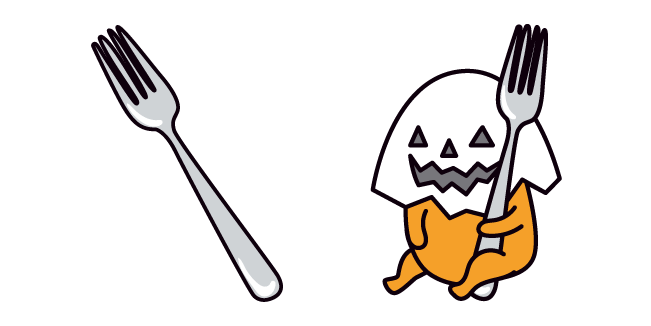