Kaolinite is the caretaker of the Tomoe household, Professor Tomoe's secretary, and the first of the Death Busters to look for Pure Hearts. Kaolinite features long red hair, grey eyes, and pale skin. She is capable of lengthening her dark red hair to entangle, choke or tie up her opponents. Other powers include teleportation, levitation, telekineses, and supernatural abilities such as a big jump. You can be like her due to our fanart Sailor Moon Kaorinite cursor pack. 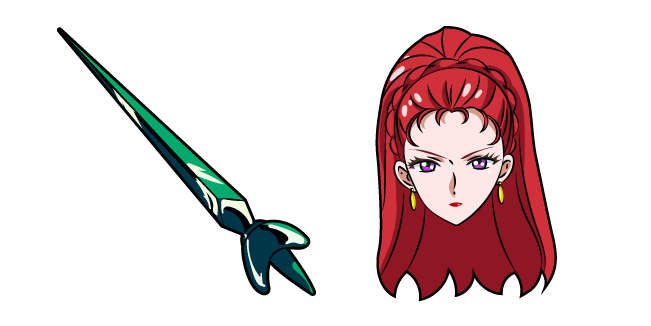