Ail is one of the two main antagonists during the Makai Tree arc of the 2nd season of the Sailor Moon series. He is also known as Alan. In his classic alien form, Ail's skin is light green, while in the human form of Seijuro Ginga, his skin is of an average, fair tone. He has pointy elf-like ears, having one earring on his right ear, and features long hair in a lighter shade of blue with pink streaks on the longer bits of his fringe. Sailor Moon cursor pack with fanart cursor Ail and Flute. 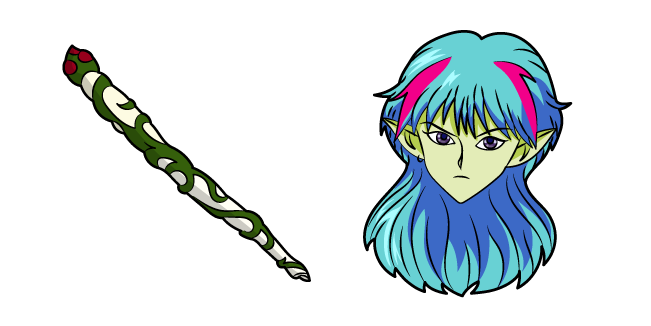