Robby is a skin and character in Roblox's Piggy game. Along with Mimi and the Black Hole traps, this character was added into the game when Mall - Chapter 10 was released. He is also the main bot of that chapter. Robby is a grayish-black robot pig with a chainsaw arm and one black ear. Robby further has red, green, and blue wires poking out of his right eye while having a red pupil on his left. Roblox cursor pack with fanart game pointer Piggy Robby. 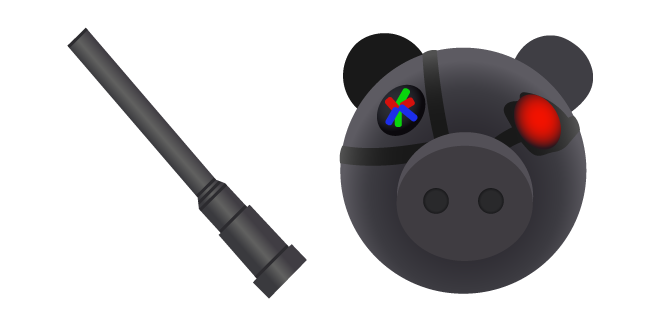