Mimi is a skin in Roblox Piggy. Along with Robby and Black Hole Traps, she was added to the game when Mall - Chapter 10 was released. Mimi wears a gray monocle on her left eye and doesn’t have cheeks. When she does jumpscare, she grabs her pickaxe with one hand, then lifts it and swings it down at the victim. But when she is idle, she leans forwards, holding her pickaxe with both hands. Roblox cursor pack with fanart game cursor Piggy Mimi. 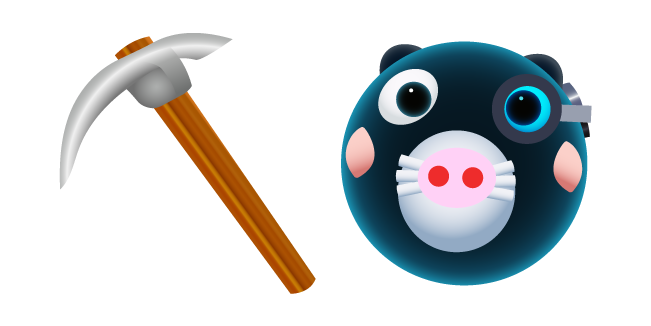 Roblox Work at a Pizza Place Cook and Pizza Curseur