This evolutionary robot is called Echo and he is a character from the team-based shooter game Overwatch 2, in which events take place in the future. Echo is programmed by artificial intelligence, so it can take on multiple battlefield combat roles. Echo has abilities such as triple shot, glide, fly, project a beam, release a sticky bomb, duplicate an enemy hero, and use his abilities. The game cursor and pointer from Overwatch 2 with robot Echo! 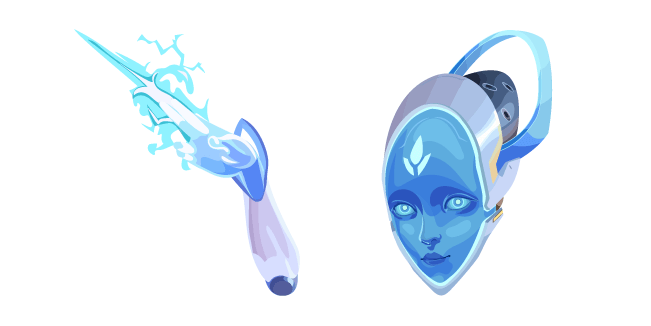