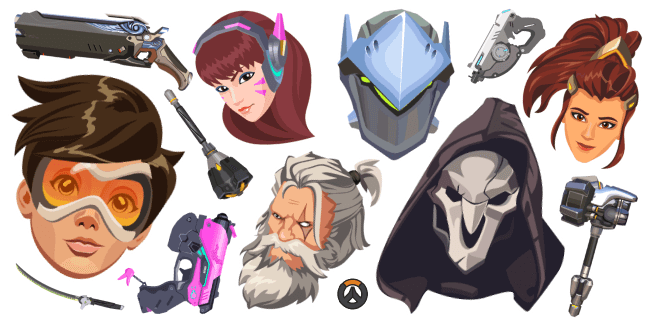 The world of Overwatch is the world of the future affected by the uprising of robots. The robots were defeated by the Overwatch team and the team broke up for a decade. But after a while, they again had to pack up and return to their weapons to fight crime. We have transferred some of these weapons to a FanArt collection of Overwatch cursors for you to enjoy.