Did you know that the Rhino horn is made from the same basis as our hair and nails? And what about windmills - this stuff is great in creating energy. Also, they are were attacked by Don Quixote in Miguel de Cervantes' book Don Quixote de La Mancha. So what about and the idea of making some paper folded decorations in Japanese culture style? Or you can get them ready by choosing the Origami cursor pack with pink Windmill and grey Rhinoceros cursor. 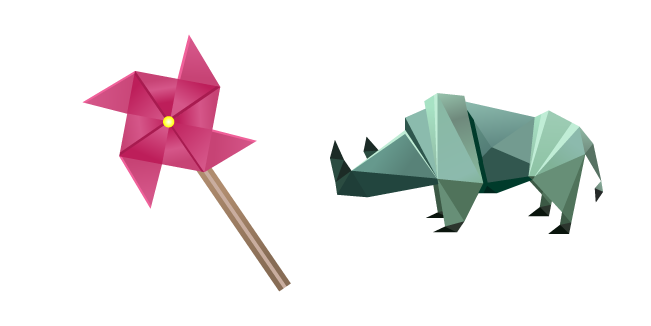