If you hadn't known, it is the Lernaean Hydra or Hydra of Lerna aka just the Hydra, is a serpentine water monster in Greek and Roman mythology. According to Hesiod, this creature was the offspring of Typhon and Echidna. Lerna was reputed to be an entrance to the Underworld, and archaeology has established it as a sacred site older than Mycenaean Argos. So we decided to make paper folded Origami cursor pack with orange Hydra cursor. 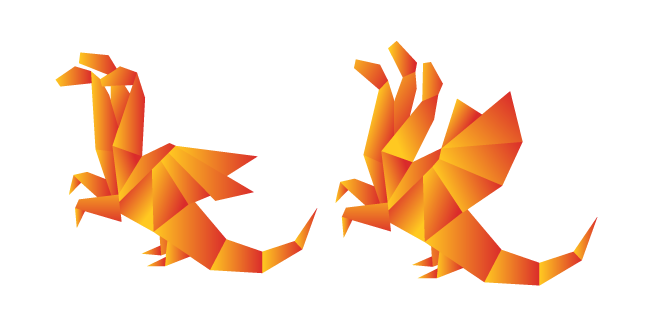