In our Origami Fairy cursor pack, we have created a fairy, also called a fay, fae, fey, fair folk, or faerie, from a folding paper in an old Japanese art style. It is a mythical being or legendary creature found in the folklore of numerous European cultures, a form of spirit often described as metaphysical, supernatural, or preternatural. Various theories about the roots of fairies tell that they are either angels or demons in a Christian tradition, deities in Pagan belief systems, spirits of the dead, or prehistoric predecessors to humans. 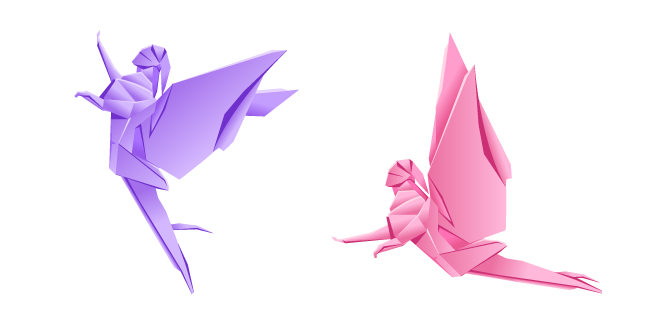