The creature from our Minimal Octopus cursor pack is a sea animal recognized for its rounded body, bulging eyes, and eight long arms. Octopuses are cephalopods and invertebrates that also include squid and cuttlefish. They feature bulbous heads, large eyes, and eight functional limbs. These animals live in all the world’s oceans but feel comfortable in warm, tropical waters. They are considered monsters of the deep, though some similar species occupy relatively shallow waters. Crabs, shrimps, and lobsters rank among their favorite foods, though some can attack larger prey, like sharks. 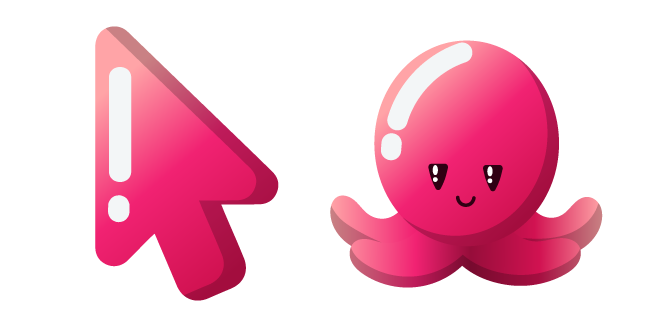