Mr. Orange, also known as Orang Min and Orange Lad, is a digital illustration of an anthropomorphic orange, which is often used as a reaction image in ironic meme communities online. This creature is the main antagonist of the Surreal Memes multiverse and one of Meme Man's biggest rivals. His full name is Orang Min. He is the most well-known front. Orang appears similar to an orange but with limbs. Fanart Mr. Orange and Mr. Orange Sad Meme cursor pack. 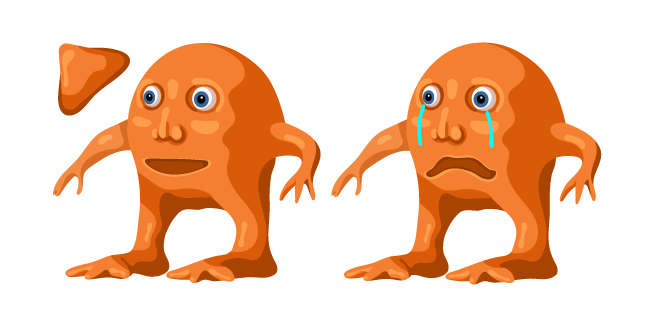