Yeet is an exclamation that means approval, surprise, or excitement, which most often arises when performing a dance move. There was also a new strange dance called Yeet, which made the term popular on the Internet. The term became famous for dancing on the vine, now used as an exclamation sign. And it's this cool exclamation mark that you can use as a Yah Yeet cursor for a mouse! 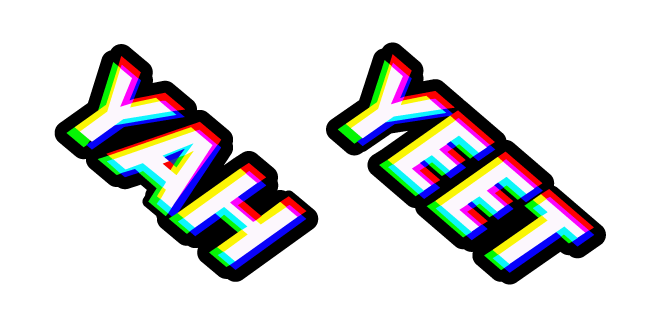 It Is Wednesday My Dudes Meme Curseur

You On Kazoo Meme Curseur