Among Drip refers to a viral 3D render of three crewmates from the 2018 video game Among Us wearing Nike Jordan shoes. In a few years, memes based on the render became pretty popular online as an ironic Among Us meme, similar to When the Imposter Is Sus. By the way, the slang word drip is used to describe expensive clothing items considered impressive, similar to swag. Meme cursor with red Among Drip. 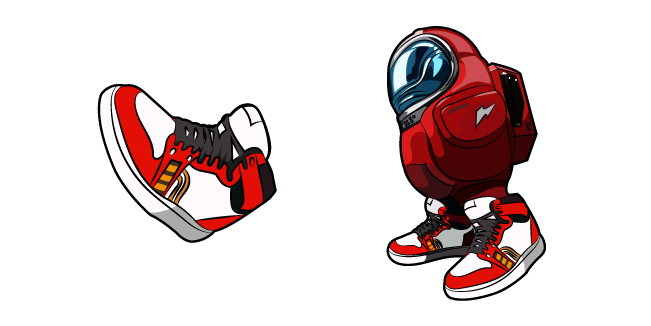