Amogus is a popular phrase used to replace dialogue in hilarious memes about the space video game Among Us. In 2021, a picture was published from a cartoon created by webcomic artist StoneToss, where he replaced one character with a white teammate from the game Among Us. StoneToss also changed the dialogue line to the word amogus, after which the image went viral on the Internet. The funny meme cursor for a mouse with Amogus! 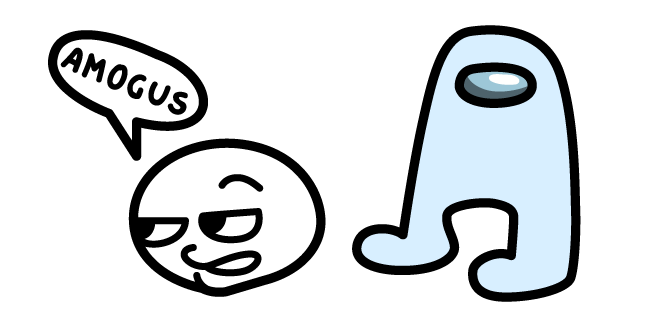