Stone Kirby is one of Kirby's Copied Abilities, that has debuted in Kirby's Adventure. The main feature of this ability is Kirby's hat, which is similar to Ice's but has rocks instead of crystals, a horn on each side held by blue rings, and five decorative blocks on the front. Among powers of this ability are Pounds Stakes, destroying Metal Blocks, rolling down hills, and becoming invincible. Fanart cursor pack with Kirby Stone pointer. 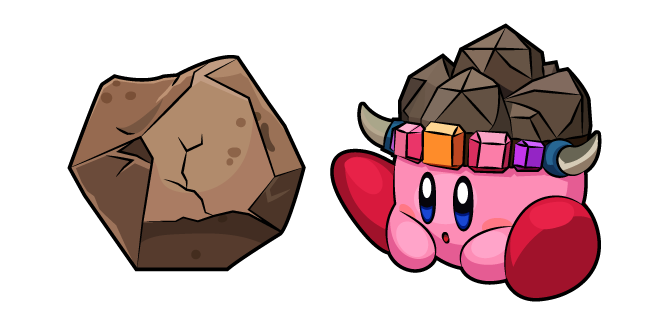