Ninja is one of Kirby's Copy Abilities, first appeared in the Kirby Super Star game. He is best known for being one of Kirby's fastest and rarest abilities - he is able to deal steady damage in a short amount of time. It is also one of the rarest abilities. Ninja Kirby attacks using kunai, but they are meant for stabbing rather than being used as a throwing weapon in real life. Kirby Ninja and Kunai game cursor. 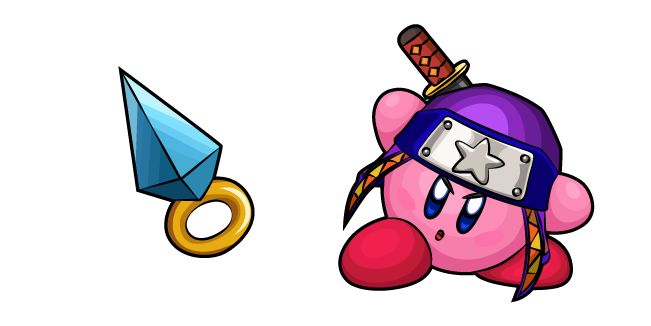