This pink Specter Boss is a boss character that only appears in its debut level named La Danse Macabre added in Update 1.3 in the Just Shapes and Beats game. It's a pink ghost-like thing with two circular eyes and a mouth. It uses a pink scythe against the player. At the end of the battle, it vanishes as its little specters split and take their place, before fading away. Game cursor with JSaB Specter Boss. 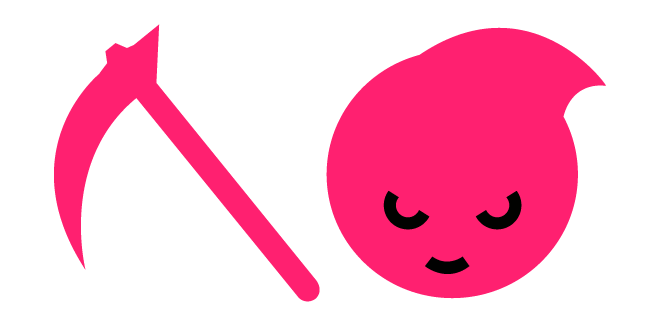