Cyan is one if the primary characters of the Just Shapes and Beats Musical franchise, first appearing in the first movie as the deuteragonist. He is Paradise's most powerful Hero to exist, raised and aided by his Caretaker and friend Cube. Cyan is a small cyan square with a darker mouth and large white eyes. Cyan is a kind individual, often excitable and hyper. A fanart Just Shapes and Beats game cursor with Cyan. 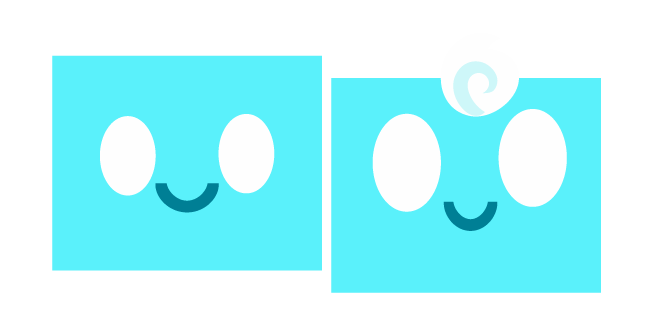