This playable character is named Corrin from the tactical role-playing game series Fire Emblem, who, like an Avatar, can change his name and appearance. Corrin is a member of the Nohr and Hoshido royalty, and therefore plays a central role in the war between the two kingdoms. She is a kind, curious, and caring character who will come to the rescue of anyone who asks. Corrin wields the sword Yato as the main weapon. The game cursor for a mouse from the Fire Emblem series with Corrin and Sword Yato! 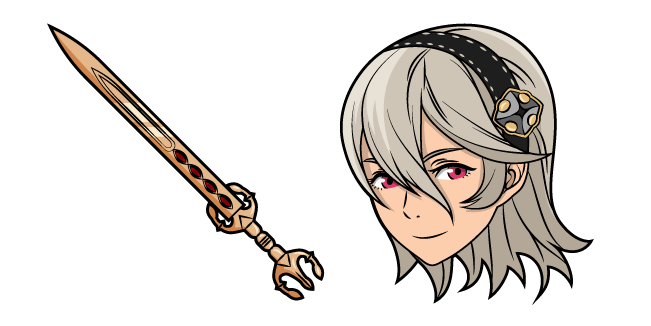