The iPhone 11 is an Apple smartphone introduced on September 10, 2019, alongside the iPhone 11 Pro and iPhone 11 Pro Max. The visual difference from other iPhones lies in the color scheme, the number of cameras, and the size. Also, the iPhone 11 is different by a square block of the main camera, both sensors (wide-angle and ultra-wide-angle) have a resolution of 12 MP each. The single-chip system deserves special attention - Apple A13 Bionic and IPS-screen. Also, a new Apple iOS 13 appeared, in which a dark mode of the system appeared, the work of Siri was improved, the design of Apple Maps was changed, a number of new applications and functions appeared. Do you like Apple? Then enjoy our modern Apple iPhone 11 mouse cursor! 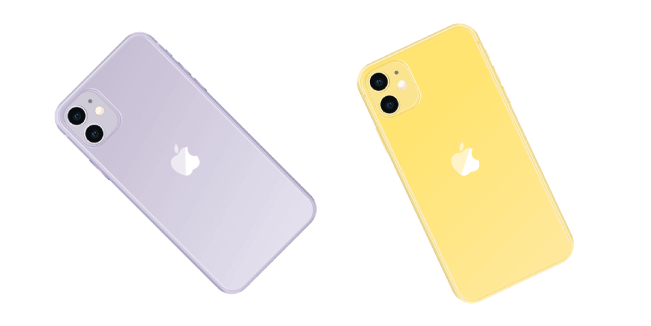 Plus de Gadgets and Devices collection