Bidybab or Bidybabs are two small animatronics and antihero characters in the Five Nights at Freddy's game series. They look like a bald animatronic child with tan accents, triangular orange nose, nutcracker square teeth. They show cunning and sociopathic tendencies, childish behavior, and uncharacteristically loud pouting. Bidybab will always be in the vent ahead of you. When she gets too close, close the vent door until she retreats. Another exciting Five Nights at Freddy's game cursor with Bidybab. 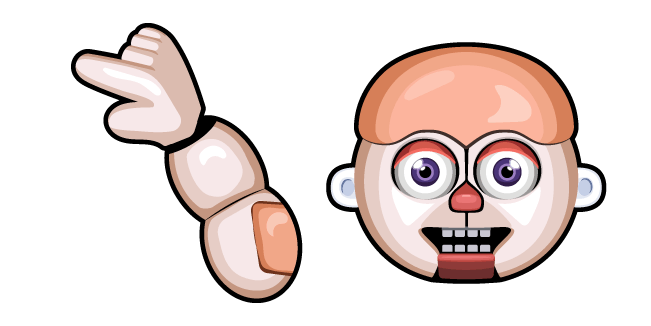