Leonardo DiCaprio is a famous American actor and film producer who began his acting career at the age of sixteen. He gained worldwide popularity after the release of the movie Titanic and it seemed to everyone that receiving the main film award Oscar was a matter of time, but DiCaprio received his statuette only many years later! We decided to capture this long-awaited moment in our Leonardo DiCaprio cursor for a mouse! 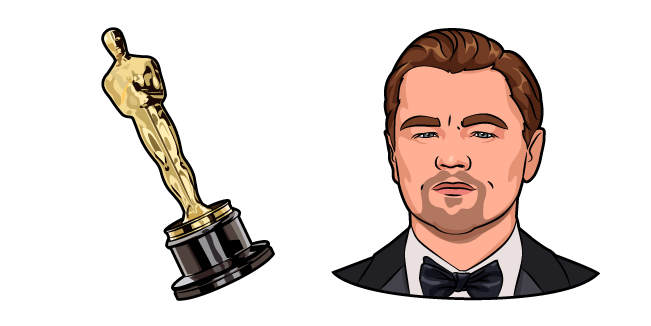