Sabrina Ann Lynn Carpenter is an American singer and actress, who made her acting debut with an appearance in the crime series Law & Order: Special Victims Unit and received an honor for her role as a young Chloe Goodwin in The Goodwin Games. But her breakthrough was in the Disney Channel series Girl Meets World as Maya Hart. In her discography, the most popular song was Can't Blame a Girl for Trying. Famous People cursor pack with fanart Sabrina Carpenter pointer. 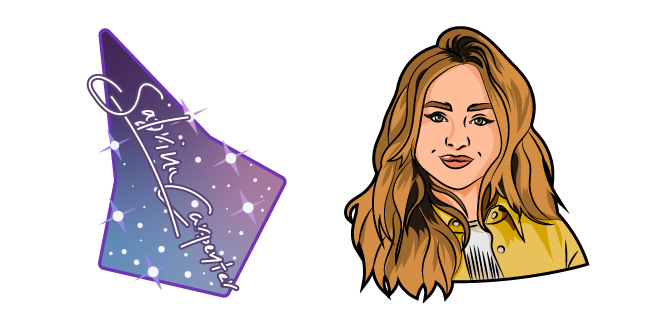