This white duck in a purple blazer, skirt, and square glasses is called Bentina Beakley and she is the housekeeper of Scrooge McDuck in the hilarious cartoon series DuckTales from Walt Disney. She is also Webby's grandmother and an Agent 22 in the past. Mrs. Beakley is a strict, fearless, and fair bodyguard who has trained in every action tactics and martial art. The cartoon cursor and Disney pointer from DuckTales with Mrs. Beakley and her Teapot! 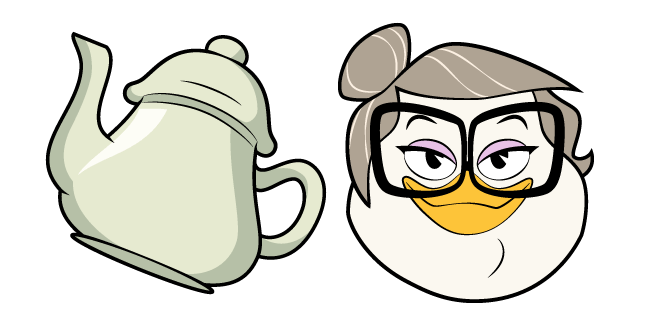