Hades is the ancient Greek god of the Underworld from the fantastic Disney cartoon Hercules. Hades has blue-gray skin, fiery blue hair, sharp teeth, yellow eyes, and when he gets angry, his hair burns and his skin turns red. Hades is a cold-blooded, charismatic, intelligent, and quick-tempered god who develops a scheme to take over Mount Olympus and the cosmos. As a god, Hades is immortal, has great endurance, strength, can manipulate fire, and create a potion that can turn gods into mortals. The cartoon cursor and Disney pointer with Hercules Hades and Potion! 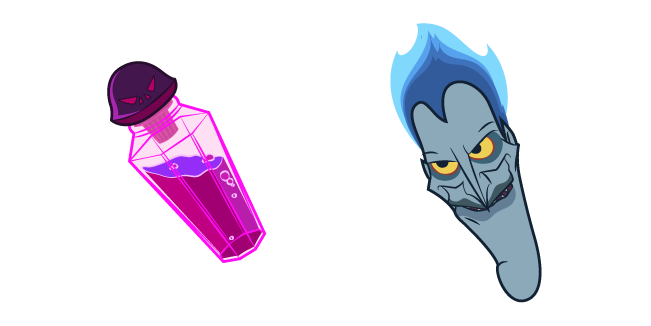