This 19-year-old character with a large build, blue skin, beard stubble, and a black hat is named Barley Lightfoot and he is an elf from the adventure cartoon Onward by Walt Disney Pictures. Barley is also the older brother of Ian Lightfoot, serves as a protector, mentor, and best friend. Barley is a very funny, rowdy, defiant, and kind guy who has Quests of Yore guidebook with a variety of spells. The cartoon cursor and Disney pointer from Onward with Barley Lightfoot and Quests of Yore Book! 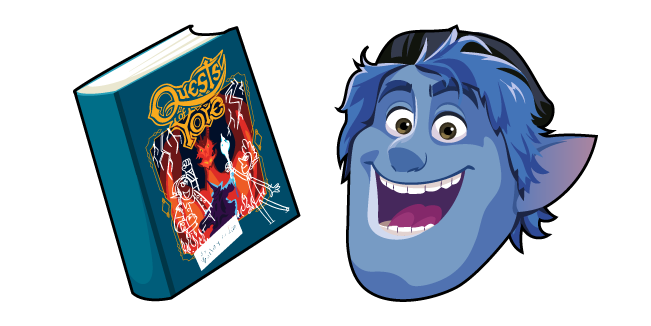 Mulan Sword of the Ancestor Curseur

Star vs. the Forces of Evil Marco Diaz Curseur