Aladdin is the main hero of Disney's 1992 animated feature film Aladdin. Being a beggar from Agrabah, the young man spent much of his time scraping for food and ducking guards with his monkey sidekick Abu. However, he is an optimistic, fun-loving, and charming character. He even sustained a heroically selfless deposition, which in turn made him entitled to a magic lamp concealing a wish-granting genie. Disney Cartoon cursor Aladdin and Flying Carpet. 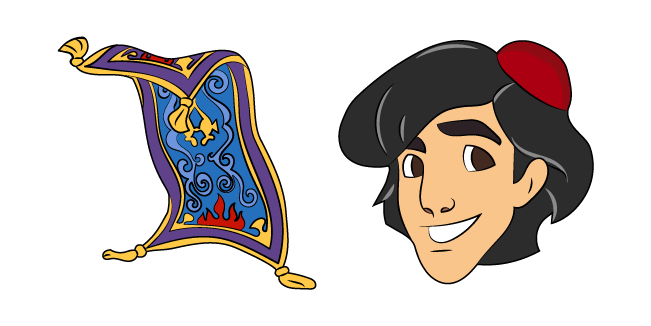