Abu is one of the main characters in the Aladdin movie from Walt Disney Pictures. This is a little monkey, the most faithful friend, and helper of Aladdin, all the time helping him get out of different troubles. Abu constantly rescues his friend Aladdin, but in the same way, and pulls him into big trouble, such as the collapse of the Cave of Wonders because of the beautiful red gem. A little monkey named Abu is very funny and playful, in the cartoon "Aladdin" it is an important role. The fun mouse cursor with Disney Abu and Gem is now available for you! 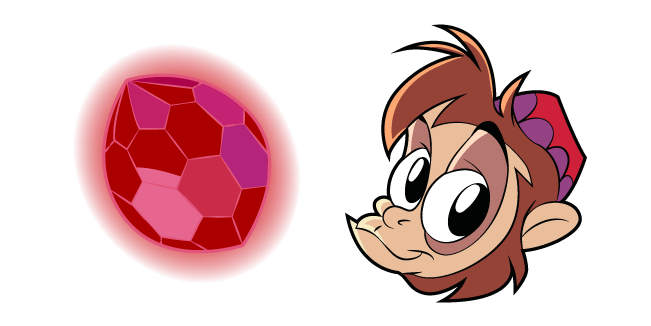