Bartholomew Bart Allen aka Impulse is a speedster from the year 2056 and is the grandson of Flash. When he came to the past, he joined the Team under the name Impulse, which undertakes covert operations on behalf of the Justice League. After Wally West's death, he took on the mantle of Kid Flash. He later joined the Outsiders. He wears a yellow visor with red rims. Young Justice DC Comics cursor with Impulse. 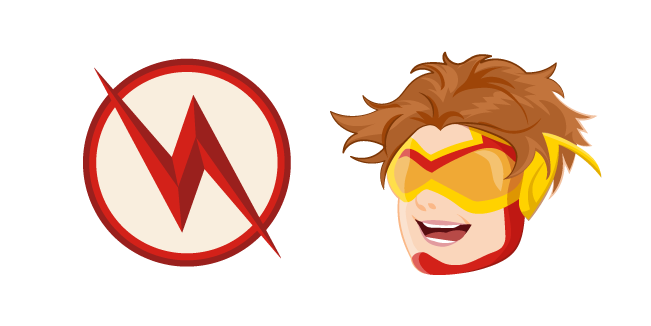