This beautiful girl is called Harley Quinn and she is the main character of the cool movie Birds of Prey, as well as a supervillain from the DC Comics universe. In the past, Harlene Quinzel worked as a psychiatrist until she fell in love with Joker and became his assistant. Harley Quinn possesses superhuman strength, jumping ability, agility, immunity to toxins, possesses psychoanalysis, gymnastic, and weapons. The amazing DC comics cursor for a mouse from Birds of Prey with Harley Quinn! 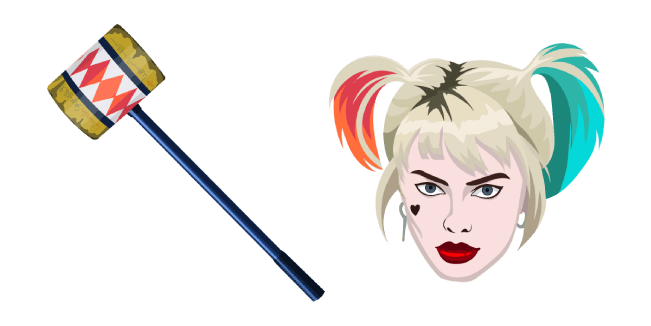