Booster Gold aka Michael Jon Carter cursor pack features a DC Comics time-traveling superhero from the 25th Century who uses high-tech equipment to fight crime, alongside his robotic side-kick Skeets. Michael became a superhero saving the life of the President of the United States, Ronald Reagan, on his first adventure. He has been a member of the Justice League, Time Masters, Conglomerate, Extreme Justice, and Super Buddies. He made a brief appearance in Teen Titans Go! To the Movies. 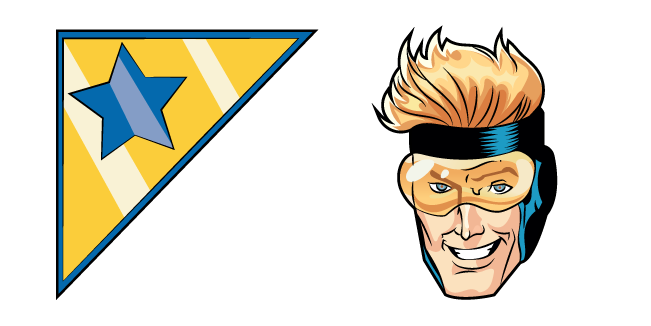 The Batman Who Laughs Curseur