Werner Werman is a character in a popular cartoon-styled game Cuphead. Werman is a villain and a boss character in the Cuphead game and can be found on Murine Corps level of the game, which is located in Inkwell Isle Three. He is a long-snouted brown rat, that operates a soup can on a wooden cart that he uses as a tank and can shoot Roman Candles from. The Cuphead cursor and game pointer with Werner Werman! 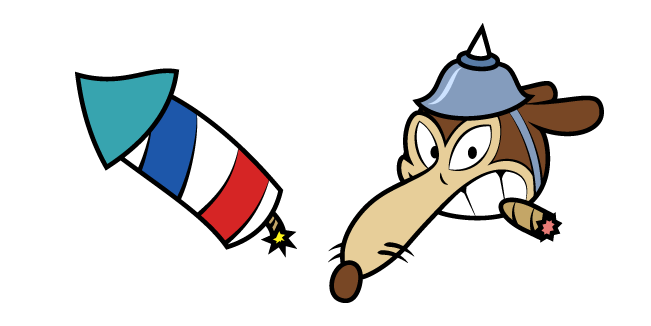