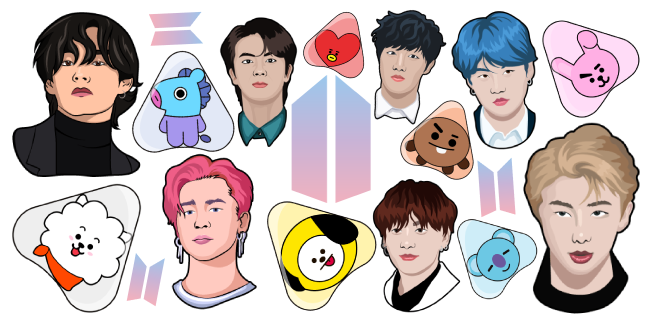 South Korean boy band BTS from BigHit Entertainment also known as the Bangtan Boys became a world phenomenon due to their huge and very strong fanbase and unique music style. BTS means Bulletproof Boyscoucts in Korean but they have changed their English name to Beyond the Scene. BTS consists of seven members - 3 rappers and 4 vocalists, which you can already find in our BTS cursor collection. Among them are Jin, Suga, J-Hope, RM, Jimin, V, and Jungkook.

Their fandom is called BTS Army for a reason because these millions of admirers can destroy anything and anybody that would be on their way to the idols. They know everything about every member of this k-pop boy band, from hobbies to tastes.