Kim Tae-Hyung or better known by his stage name V, is a South Korean singer, songwriter, record producer and actor under the Big Hit Music label. He is a vocalist, a dancer, and a visual of BTS. But he also develops his solo career by releasing such songs as Scenery, Winter Bear, and Sweet Night. V also made his acting debut under his birth name in 2016 with the drama Hwarang: The Poet Warrior Youth. BTS cursor pack with V music pointer. 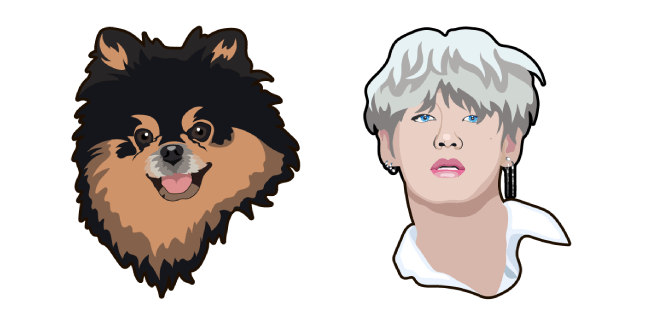