Van has two colors, grey and white, which symbolize the world. The gray side means nigh time on one half of the world and the white side means the daytime on the other side of the world. It means that ARMY, BTS fans all over the world, is literally everywhere, whether it's west or east. It's stated, that Namjoon created Van as a space robot whose job is to protect BT21 and also represents ARMY. BTS cursor pack with fanart BT21 Van music cursor. 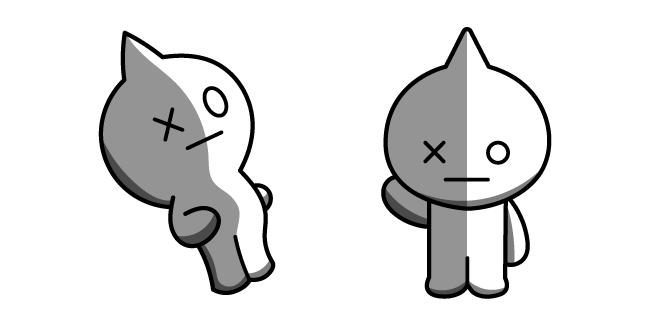