Our fanart Battle for Dream Island Remote cursor pack features a female contestant from Battle for BFDI and The Power of Two. She was one of the 30 recommended characters in The Reveal and Reveal Novum. Along with Pie and Grassy, this character only received seven votes placing them at 16th and making her sent into the LOL. The Remote character is depicted as a gray rectangle with 19 buttons, one red and one blue with a center button with side controls, and no white facial features. 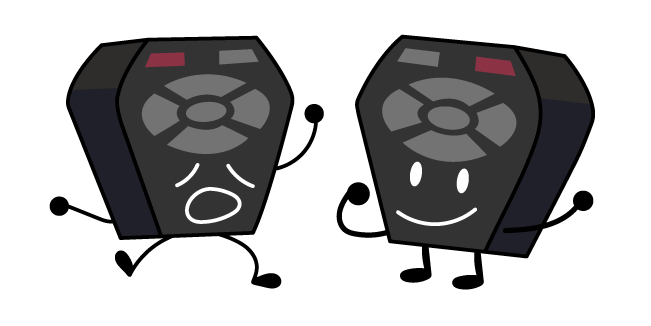