Pin is a female contestant who appeared in Battle for Dream Island, Battle for Dream Island Again, IDFB, Battle for BFDI, and The Power of Two. She was a part of Squishy Cherries, W.O.A.H. Bunch, The Losers!, and Team8s teams. She has nicknames Bud and Dum-dum. Pin is a standard plastic pushpin, with a red body and a gray point, she likes potatoes and has short-term memory loss. Also, she is the first team captain to be eliminated. BFDI cartoon cursor with Pin. 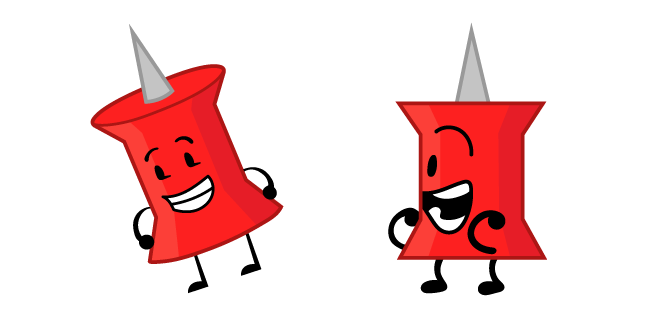