Holy roly-poly crawling in guacamole! This is Nickel, a male contestant on Battle for Dream Island Again, IDFB, Battle for BFDI, and The Power of Two who could have joined the game in The Reveal. He also has other names like Dime and Quarter. Nickel's main body is silver, and his shading is slate, but until IDFB, he was a gray recolor of Coiny. Battle for Dream Island cursor pack with fanart Nickel cartoon pointer. 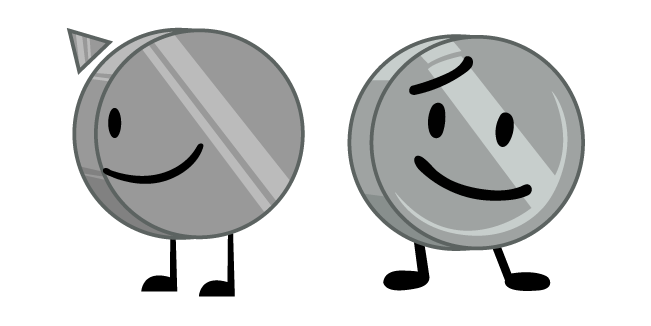