This pretty woman from our fanart Avatar: The Legend of Korra Asami Sato cursor pack is a businesswoman, industrialist, engineer, and the only child of the former wealthy industrialist Hiroshi Sato and his wife, Yasuko. When she discovered that her father was working with the Equalists, she rejected his hatred of benders and actively fought against the Equalists as a member of Team Avatar Korra. After her father's imprisonment, she became the new Chief Executive Officer of Future Industries, planning to bring the company back to the peak of economic dominance and restore its reputation. 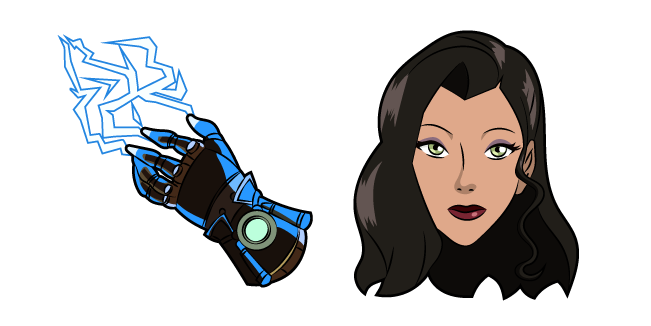