Yue was a princess with white hair of the Northern Water Tribe, daughter of Chief Arnook, as well as one of the latter's advisors. After the death of Tui during the Siege of the North, she was courage to sacrifice her life to replace it and share its position as the Moon Spirit. She also was a remarkable kind, sweet, and gentle girl with a certain sense of humor, who offered hope to others even in crucial times. Avatar: The Last Airbender cursor pack with fanart Princess Yue. 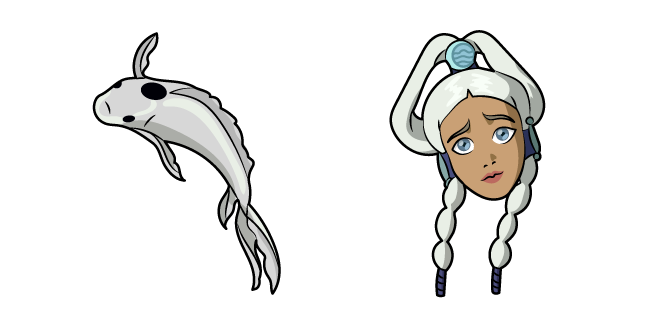