Our fanart Vocaloid Xingchen cursor pack features a Chinese VOCALOID, also known in English as Stardust, developed by Shanghai HENIAN Information Technology Co. Ltd., in collaboration and distributed by Beijing Photek S&T Development Co., Ltd. for the VOCALOID4 engine. She is the first one to release for the Voicebank Customize Project and was later part of the MEDIUM cast. One of the most prominent parts of Xingchen's design is that she carries a yellow star known as a tetrahedron. 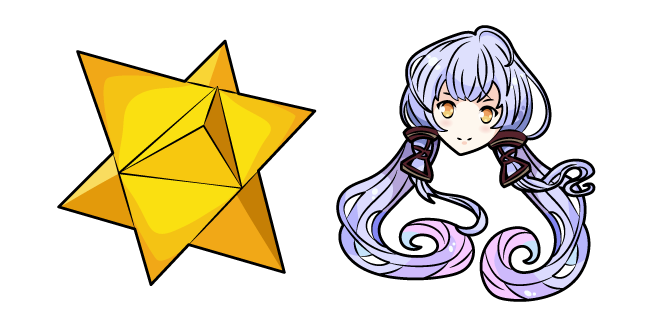