This skinny girl with short brown hair and brown eyes is called Meiko and she is a Japanese Vocaloid who was one of the most famous vocalists of Project Daisy. Her original microphone is based on one of the most popular microphones, which was first released in 1960. The name Meiko was given in honor of the Japanese singer who voiced this voicebank. The Vocaloid cursor and anime pointer with Meiko and Microphone! 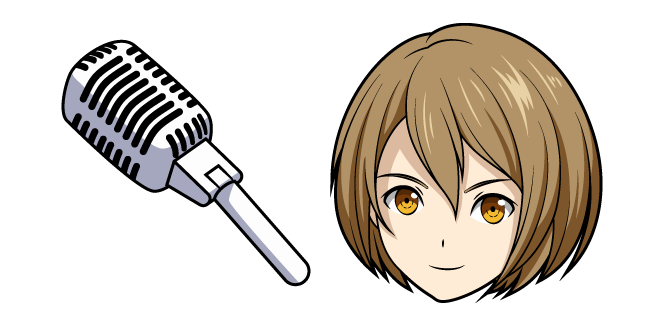