Anya Forger is the pink-haired character of the SPY x FAMILY anime series, who is seen holding a chimera doll, later nicknamed Director Chimera. Formerly known as Test Subject 007, this girl is a telepath whose abilities appeared in an experiment conducted by an unknown organization. She is also a student in Cecile Hall at Eden Academy and the adopted daughter of Loid Forger and Yor Forger. Fanart Spy x Family cursor Anya Forger. 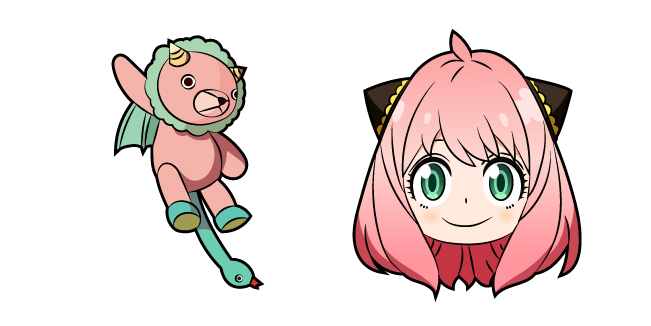