Natsuki Subaru is the main character of Re:Zero − Starting Life in Another World anime series. It's a hikikomori who once got to the Dragon Kingdom of Lugnica and was given the ability by Satella - Return by Death. He is officially Emilia's knight and has the necessary qualifications to become a Sage Candidate. Besides his abilities, he also has a weapon - Guiltywhip. Anime cursor with Re:Zero Natsuki Subaru and Guiltywhip. 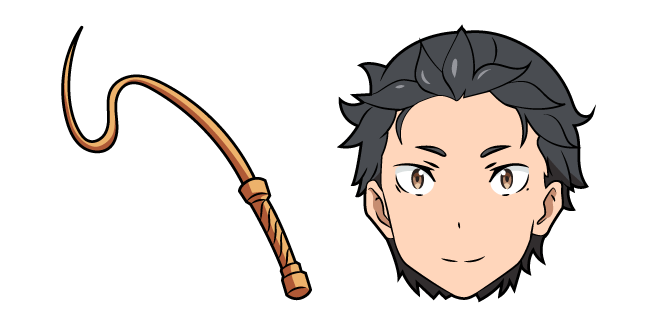