Haida is a worker in the accounting office, who has a crush on Retsuko in the hilarious musical anime Aggretsuko. He looks like a spotted hyena with gray-brown fur, dark gray muzzle, brown eyes, black nose, and ears. Haida is a very attentive, caring, kind, and a little neurotic guy who plays bass and loves to sing punk rock, but he is not very good at it. The Aggretsuko cursor and anime pointer with Haida and Guitar! 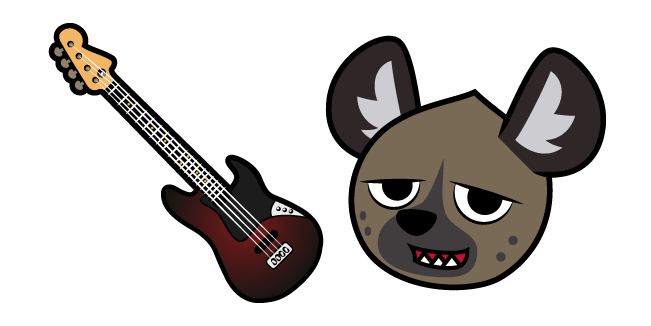 Seraph of the End Yuichiro Hyakuya and Sword Curseur