This big guy with tanned skin, black eyes, and green hair in a mushroom hairstyle is called Kabeyama Heigorou and he is a character in the comedy and sports anime Inazuma Eleven. Kabeyama is the defender for Raimon and later on for Inazuma Japan. He is a very timid, shy, and cowardly guy who possesses superhuman physical strength and can also manipulate air, earth, and plants. Kabeyama Heigorou in the form of the anime cursor and Inazuma Eleven pointer! 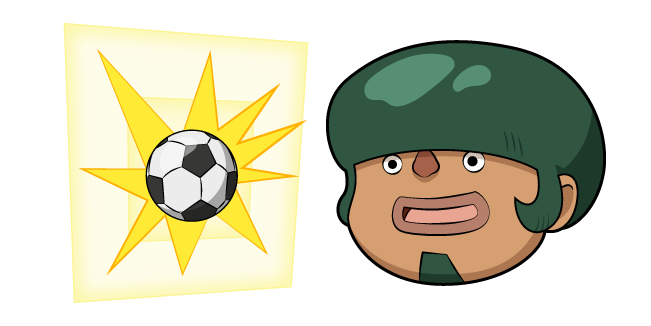