Komi-san wa Komyushou Desu is a manga series by Oda Tomohito about girls and boys with problems in communicating with others. The central character is Shouko, a girl with a communication disorder. She is described by her admirers as a girl with glossy dark purple-black hair that flows to her lower back, a slim body, and an incredibly attractive face. She is usually seen wearing her school uniform. Komi Can't Communicate cursor pack with fanart anime cursor Shoko Komi. 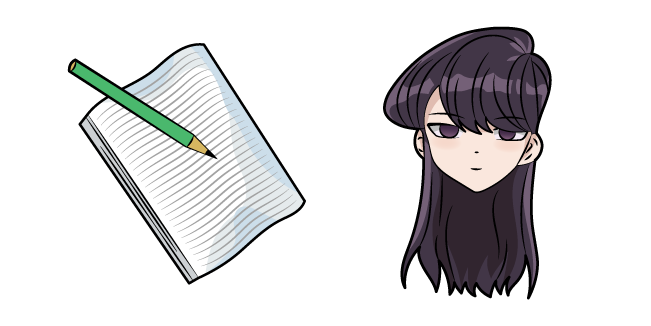